SOMEONE ELSE WHO ISN'T ME: AN INTERVIEW WITH LIZ HOBAN! 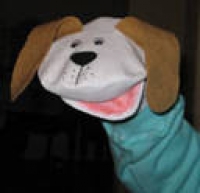 Hello Splinkervillians!!  It's been a while. Deal with it! Even though I have a smoking tome of heated poetry out called My HOT Little Black Book ,  I am once again putting aside my ego. That's right.  Instead of reminding you to buy "Inside My Shorts: 30 Quickies" (don't click on it now or you might forget to come back), or promoting my new book, "MUSES," available in early 2016! (Assuming I finish it), today's blog is about a topic that few people wish to focus on: Someone else who isn't me.

As we plow into the second week of July, a time traditionally set aside for purchasing zombie books and such, I thought we'd take a break from the undead, and have a chat with Liz Hoban, author of several books that tend to focus on the living.

Without further ado - and almost no further mention of "I've Been Deader," a near perfect blend of horror and comedy - I present an interview with Liz Hoban !! 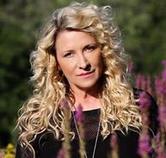 Author Liz Hoban enjoys spending time walking through fields of golden wheat and purple things.  When she's not writing, she can generally be found doing something else.


ME: Liz, welcome to my blog.  Please try not to fidget, as bandwidth is limited.  First off, have you read “I’ve Been Deader,” and how much did you love it?

NOT ME:  Yes, I read IBD –and liked it so much I’ve assigned it an acronym.  It’s not a book I’d typically select- it being “dick lit” and all, but you are very persuasive and I am grateful for that because I was more than pleasantly surprised at the storyline and loved the voices.  Are we now able to move on from the topic of you?

ME: I suppose that's possible, in theory.  How did you start your writing career?

NOT ME:  When I was five I wrote a short story (15 words) about Jesus eating watermelon and spitting miracle seeds.  It was all uphill from there.  My first foray into professional (read- paid) writing was magazine articles and newspaper columns.  After several years of doing this I was ready to write a novel…or so I thought.

ME: That's so funny.  Like Jesus, I too am filled with miracle seeds!  Tell us about your newest release, (and I promise not to mention mine).

NOT ME:  The Secrets That Save Us was released on June 30 and is the story about two sisters who survive 9/11 but harbor secrets that could destroy them and the ones they love. It has a multi-faceted storyline and a set of unforgettable characters because the reader sees tragedy, love, and time through their eyes.  The end has a twist the reader will not see coming.


Me:  As it happens, this is one of the few books I've actually read.  It really is multi-faceted and, except for the disappointing lack of zombies, it is an excellent read. In fact, I'm going to go out on a limb here and call you Liz instead of Not Me.

ME: Exactly!  Anything interesting in the hopper?

LIZ: I am collaborating with a dear friend and incredible writer on a book about Hitler’s Eagle’s nest.  It’s a work of fiction with interspersed chapters – a challenge but so far a lot of fun teaming up with another writer.  If nothing else, I feel like less of a sociopath.

ME: You don't have to write an entire book for that.  My doctor gives me pills!  Has someone been instrumental in inspiring you as a writer?

LIZ: Yes, the writer in the previous answer, …oh, and my dad of course, an award winning author, and my mom for always making me read the book before I was allowed to see the movie.

ME: Name names!  Has someone helped or mentored you in your writing career?

LIZ: I wish I had a great story of my fourth grade English teacher who saved me from a life of walking the streets and I can’t say I’ve had a great grammar education either. I’ve learned to just write and the rest will fall in place.  I have to plug Harper Collins Authonomy – friends I’ve never met who have given me honest critiques that kept me going and thinking out of the box.

ME: English is good! Who is your favorite writer?  This isn't a trick question.  You can say me.

LIZ: I am a huge fan of Jodi Picoult.  Stephen King is a close second.  Nick Hornby and David Sedaris are up there as well.  And obviously Adam Sifre.

ME: Haven't heard of most of them.  I do like Sifre's stuff.  What was your first sale as an author and how did it feel? (not as a street walker.  That's a different blog).

LIZ:  When I sold my first magazine article I was over the moon.  I think I got paid $50.00 and I’m pretty sure I still have that check.  I never cashed it, instead I framed it. I guess the success was more important than the money.  I look back at that small act and realize I was a true and passionate writer long before I realized it as truth.

ME: So you're saying that somewhere hidden in your house, is an uncashed check for $50.00!  Where do you live?

ME: Fine.  Next question.  Do you have critique partners or beta readers?

LIZ:  Just one real critique partner and I don’t even know what a beta reader is – not sure I want one of those.  If there are alpha readers, I’ll take some of those.

ME: Line forms here! What was one of the most surprising things you learned while writing your books?

LIZ: That I could finish writing a book.  The first 10k words of a book used to be a huge deal to me.  I realize now how ridiculous that is.  I have two dozen starts to wannabe novels but then I grow bored for that new excitement of a different story.  I have a tough time staying monogamous to my writing and therefore finishing a book feels like the real deal.

ME: Who are your books published with?


ME: How would you describe your writing style?

LIZ: This is a weird question.  Drama steeped with humor?  Maybe?  All I can say is no zombies.

ME: I'm glad you are able to see the flaw in your works.  Do you hear from your readers? What kind of questions do they ask? Do they ever seem suspicious to you?

LIZ:  I am quite fortunate that I work at a college where the staff/faculty/students support my work so I do get a lot of readers with face to face critiques. Although critics say you can’t take family members opinions seriously because they are biased – not my family- they are very critical and worse, if they are bored for ten seconds they’ll quit reading.

ME: My family apparently expresses their love of my writing by rolling their eyes.  What do you think makes a good story?

ME: WRONG!  Next question: Do you listen to music while writing?

LIZ:  Jack Johnson inspires me the most.  I think because he released his first CD Brushfire Fairytales (super mellow music) while I was finishing The Cheech Room, and it was always on in the background. Now when I hear those songs, I feel a sense of nostalgia and at the same time appreciate how far I’ve come.

ME: What was the scariest moment of your life?

LIZ: When my father was dying.

ME:  I’ve read your book “The Cheech Room,” and we’ve discussed the autobiographical elements that pop up in there.  Is there anything about “The Secrets that Save Us” that is based on your own life?

LIZ:  The scenes in the book about post-911, especially the scene where Piper tours ground zero, have a very real feel, almost hyper-reality flavor to them.

ME: Tell us a little about how you did your research for this part of the book.

LIZ:  My brother was a first responder during 9/11 and the next day he smuggled me to Ground Zero which was considered a colossal crime scene.  What I witnessed was something I knew someday I’d have to write about, but at the time it was so unreal that it took me a while to process it.  Ten years later I found the voice of Isabel and Piper and the storyline fell into place.

ME: If you were to write a series of novels, what would it be about?

LIZ: Along with the collaboration I am also writing a Young Adult series. Three books – The Sentence, The Bluff, and The Will – all the words have dual meanings.  And there’s blood.

ME: Do you have any suggestions for beginning writers? If so, what are they? And please try to be discouraging.  It's hard enough getting noticed as it is.


LIZ: I guess the best advice I ever received was from my father who claimed that writing a book was like building a brick wall – one brick at a time and eventually it gets done.  Don’t do it for the money – do it because you have no idea how not to do it to the point of feeling cursed at times.

ME:  Use no more than two sentences. Why should we read your book?

LIZ: I believe I have captured Ground Zero in a couple of chapters that if you weren’t there you will still feel like you are there.  Coupled with the characters it makes for a fast-paced read.

ME: Is there a writer you idolize? If so who?

LIZ: I refuse to feed your ego.

ME: That's it. This interview is over! Thank you Liz for stopping by.  I am sure I speak for everyone except the envious writing community, when I say best of luck!

If you are someone who still reads, you could do a lot worse than "Secrets That Save Us" . Click on the title and enrich your life a little!

P.S.  After Liz Hoban left the studio and I made myself some toasted cheese, the Magic 8-ball revealed that "Secrets That Save Us" is slated to be an audio book and will be available on audible.com, and elsewhere. Also, The Cheech Room is making its treacherous way toward the big screen! Good thing I have a Magic 8-ball (Liz, ya think you might have mentioned this??).