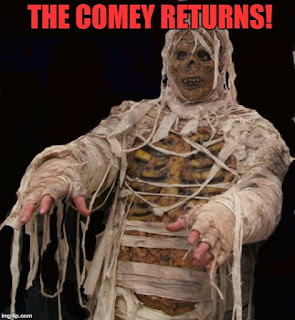 DAY 140 or so:  Trump has still not released his tax returns.  I know I start off every blog post with this fact. There is a very good chance that the real scandal, or at least the scandal that sticks to the Don, will be tied to financial corruption, so it's important.  There's a fair chance that, after today, Trump is going to lose what little political capital he has left with his own party, and subpoena's for those returns and other tid bits will be more likely.  That doesn't mean we'll see 'em, but at least someone will. 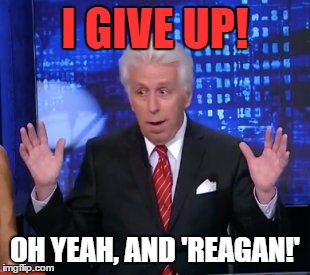 Trump, his personal attorneys, Jeffrey Lord and 28% of all psycho ward patients, believe Trump was 100% vindicated by Comey's release of his opening remarks in today's hearing.  In Trump's case, that mistaken conclusion is understandable, as he only read whatever three sentences someone else highlighted for him.  But for the rest of the world, not so much.

First, Comey confirms that Trump did, in fact, ask him to lay off the Flynn investigation - several times.
Oops.

Comey goes on to say that Trump asked him to take a loyalty pledge.  Comey promised honesty.  That's not something you want to hear after you just brought your date an expensive valentine's day dinner.

Those are probably the two biggies of the seven page statement.  Of course, there are other interesting details.  Like how Comey felt so uncomfortable, he started writing down the details of his meeting as soon as he was in the car after Trump tried getting a home run on their first date.

Or how he implored Jeff Sessions not to leave Trump alone in the room with him.

Or how Trump asked Comey if he wanted to keep his job, and implied it would be a good thing for Comey's job career if he made the investigation go away.

Or how obsessed Trump was with the allegations that hooker's peed on him when he was in Russia. 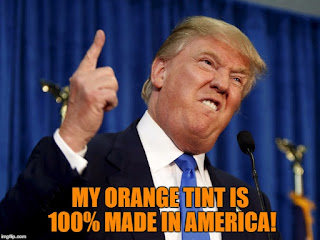 So, vindicated?  Maybe not. At this point, he'll be lucky if he even has friends at Fox News left.  (A sock puppet can dream, can't they?).

Now, let's take a ride down memory lane,  all the way to June 7, 2017.  It was then that DNI Coats and Admiral Rogers decided they did not have to answer to the House Intelligence Committee.  They were asked, no less than twenty-thousand times yesterday afternoon, if the President of anyone else had conversations with them about killing the Flynn or Russia investigation.  They refused to answer in open court,  while admitting that the answer did not deal in classified information.

The people they refused to provide answers too, are the people who they report too, under law.  But they still said no, no, no, no, no. A thousand times no.

That's not good.  They pissed off a lot of democrats and republicans yesterday.  Maybe someone who is smarter than me can tell us if this was unprecedented.

Okay!  That's it for now.  Time to turn log on to amazon! and buy a good book!  And then it's Comey time!