Pirates are scary. Google is scarier.

As I was reading another excellent story in "Inside My Shorts: 30 Quickies", I couldn't help but think about the white elephant in the internet.  Google.

The other day, I was looking in my neighbor's window, minding my own business, when I received a tweet telling me the Mayans were right and that something called SOPA might be ruining my life by breakfast.   "SOPA?" I said to myself.  Then I giggled a bit and said it over and over.  "SOPA, SOPA, SOPA."  It's a funny word.

I had no idea what SOPA was (Q: "What's SOPA?"  A:  "I don't know.  Whatsa SOPA with you?").  My Magic 8-Ball kept saying "Ask Again Later," but I could already hear the police sirens and I knew I'd be busy the rest of the day, so I went on Wikipedia for answers.

Except Wikipedia wasn't there.  It had "gone dark."  Ignoring the urge to make a crack about interracial porn, I went to CNN.com, which for good or ill, was up and running.   Apparently, SOPA is a proposed piece of legislation designed to destroy the internet, prevent me from downloading unaired outakes from "The Bachelor," and plunge the world into darkness.   Thank God Google and Wikipedia were there to champion the right to an unfettered internet.  But Google needed my help.   I had to notify my Congressman immediately that I thought SOPA (lol) was a terrible idea.  I mean, first Obama wants to eat my children, and now this.   Enough is enough!   Google was thoughtful enough to provide links to my Congressman and suggestions on what to say.

In fact, Google, Wikipedia and the like, were able to mobilize millions of outraged keyboard clickers, and they did it pretty quickly.  I felt safer and reassured, and so I decided to read another story. 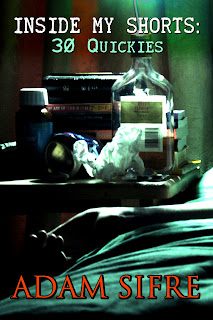 Hey Pirates, why not buy my book for those long, lonely voyages between raiding Fox Entertainment and iTunes.


But then I had a disturbing thought.  Google, Wikipedia and Charlie Sheen are able to mobilize millions of people to do their bidding at a drop of a hat.  Today it was SOPA (hee-hee), but what about tomorrow?  What if Google isn't happy with a particular candidate's platform?  Is there anything to stop it from asking me and the rest of the fickle public to express our outrage at Mitt Romney's questionable stance on social issues (It's bad enough I got sucked into one marriage, now I have to worry about marrying three wives?  For God's sake, I only have two ears!).   Or maybe there's a piece of legislation that will require more regulation on the web, which will result in greater costs to Google.  Will I get an urgent tweet telling me to contact my representative immediately?

I'm not a big fan of pirates that don't answer to Captain Depp, but the thought of a "Google Knows Best" world doesn't give me a warm puppy feeling either.