More on the Amazon Review Mafia 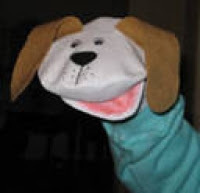 It's a slow day and I have things to do.  As I'm sure you don't know, the Amazon Review Mafia, or ARM as they don't call themselves, are a non-existent group of individuals who believe they run a small section of the internet called "Amazon."

They aren't exactly a group.  More of an association.  I probably shouldn't even say this much.


The first rule about ARM, is that we don't talk about ARM!


Now that I have established that ARM doesn't exist, let me tell you what they do.
They do three things.
First, they look for authors who don't play by the rules.  People who talk about their books where they aren't supposed to, or talk back to reviewers who are critical of their work.  You know, special snowflakes.

Every time an Indie whines, a angel gets its wings.

Second, they look for authors, or anyone else for that matter, to wander into the Amazon fora and say something they don't agree with.  They are a very forgiving lot, so it isn't easy to get on their bad side.


Lastly, if you're stupid enough to say anything, they engage in a repetitive but effective pattern of picking apart words, lightly attacking the poster, hoping to draw them into a discussion, and then slamming them repeatedly until it's time to go home or another author wanders in and says something.

It's the same pattern, and anyone can observe it on the Romance and Kindle Book Forums, if they have nothing better to do. It's not exactly the world's best kept secret. I don't need to name names, as that's not important.  What concerns me, other than their refusal to purchase "I've Been Deader", is their contribution in expanding the rift between Indie authors and readers.

I don't mind that they are a group of people who, as far as I can tell, simply enjoy the thrill of attacking and arguing with authors, forum posters, Christians, 'newbies,' trolls, hobbits and themselves. The Internet is the great unifier of dividers.  We all need a place where we can shout "I'm right, you're wrong."  That's human nature and I don't fault ARM for behaving like humans.

What bothers me is the mixture of delusion, self-righteousness and butthurt victimization that they insist on clothing themselves in, as if they were all staring in a Keanu Reeves movie as a rag tag band of misunderstood heros determined to save the world, even if it means sacrificing their virtual lives.

"If we're going to hell, we're dragging every horned indie with us!"

To sum up, the ARM is real, if disorganized.  They enjoy a good fight and they are intentionally or unintentionally stoking the anger between readers and writers. A small war as far as wars go.  But don't be fooled by their cover story.

Like their evil counterparts, STGRB (See prior posts or wait for me to become bored again), they thrive on stirring the shit.  Just remember, their shit stinks as bad as the rest of the internet.