Someone else who isn't me: Interview with Scarlett Savage! Hello Splinkervillians!!  Once again, I am going to put aside my ego and not talk about myself or my work.  That's right.  Instead of reminding you to buy "Inside My Shorts: 30 Quickies" (don't click on it now or you might forget to come back), or promoting my new book, "Take A Breather," available this December! (Assuming I finish it), today's blog is about a topic that few people wish to focus on: Someone else who isn't me.


That's right.  Halloween is over, all my Snicker bars are gone, and the world is ready to forget about zombies.  Or at least my zombies.  Stupid world.

﻿﻿﻿﻿﻿
﻿﻿﻿
Now that Thanksgiving is just around the corner, like my prequel, I felt it was time to focus on other writers who are less fortunate than me. But I don't have that kind of time.  So instead, I give you the long awaited, much anticipated, INTERVIEW WITH SCARLETE SAVAGE﻿!

But first, a word from our sponsor:
﻿ 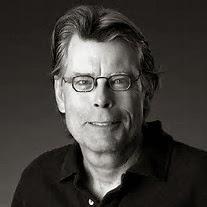 Something evil resides in those dentures!!
﻿
Me: Has someone helped or mentored you in your writing career? CONFESS!
Not Me: I attended UMaine at Orono (Full scholarship) specifically because I wanted to study with some of the professors he worked with; I was able to meet him and have my work (very favorably) adjudicated on several occasions. I’ve found that other writers love getting emails from up-and-coming writers, are great at giving advice and are great at staying in touch.
Me: Who is your favorite author? [HINT: They Always get this one wrong].
Not Me: Of all time? I’d have to stay it’s a tie between Stephen King and Jodi Picoult.
Me: WRONG!  Next question: What was your first sale as an author?
Scarlett: My play “The Centerfieldsman” was commissioned by several colleges.
Me: Other than playing Farmville, what is the hardest part of writing your books?
Not Me: The conflict. In real life, I always try to avoid conflict, and often skip it when I’m re-reading books!!
Me: What does your significant other and family think of your writing career?
Scarlett: My husband fell in love with my writing before he fell in love with me; my daughters are very excited every time they attend my plays, and are literally counting the days till my books come out later this month and again in the spring.
Me:  I also fall in love with my writing before I fall in love with myself.  Usually all before lunch.
Who are your books published with?

Not Me: Taylor Street Books and SkyHorse Publishing.

Me: Using only shadow puppets, describe your writing style.

Me: Do you hear from your readers? What kinds of questions do they ask?

Not Me: Most of the time they ask which character is based on me!! About “Broken Raven” they often ask, “Do you believe in the legalization of narcotics?” (YES YES YES); after seeing “Dear Daddy, Love Cassie” I was constantly asked, “Are you a rape survivor?” (again, yes,
survivor being the operative word.)


Me:  Use no more than two sentences. Why should we read your book?
SCARLETT SAVAGE: Because I have an honest and unique and brave POV for my characters; because I talk about the things people are afraid to admit they think about.
Me: Without using pictures, entice us. What future projects are you considering?
Not Me: A TV pilot based on my project, “Thinking With Your Ring Finger”; movies based on both my current books; an internet series based on my YA play “I AM A GIRL!!!” (which was the 2008 National Girl Scout Jamboree’s Dramatic Presentation).
Me: Okay!  That's it.  I know there were more questions but I'm old and I have to pee again.  Thank you so much for stopping by (via email) for our chat. Good luck with all your endeavors, as long as they don't compete with mine.
If you're looking for a good read but don't need zombies in every chapter, go check out Scarlett Savage!  As always, tips and comments are welcome.
﻿
﻿﻿﻿﻿