Why hello.   Let's see how a young lady handles the zombie apocalypse, by reading her journal.  Unfortunately, Jenny's Journal went missing and the occasional page only turns up ever so often.   If you want to make sure you don't miss anything, follow da blog and submit your email address.   I'll post additional journal entries as they turn up.   So, here we go.

Found stapled to the forehead of a male, approximately 35 years of age, Asian descent.  Both hands severed and found near body. 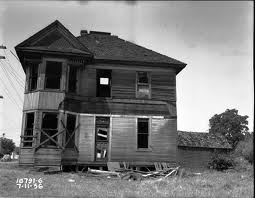 Timothy Foxwood, the self-righteous prick and president of the Shadyfarms Condo Association, was over yesterday afternoon with a petition signed by nearly every owner, stating that mum was not permitted to have any pets henceforth. Can you believe it actually said "henceforth?" Poor Sparky’s barely stopped smoking and now this.  I can't prove anything of course, but I'm certain this was in retaliation for the hamster incident of '97 which, aside from a ruined table shot at the Johnson wedding, resulted in almost no property damage or injury. I'm sure it was mum's refusal to pay the dry cleaning bill or replacement cost of the wedding cake that stuck in Sarah Johnson's craw. She's the bride's mother and everyone knows she's been knocking boots with Foxwood these last several months.

So, a new pet is out and Mom is still beside herself.  She just lies in bed and watches that stupid Fox News.  All day today stories about people attacking each other, graves turning up empty, blah, blah, blah.   What’s next, a two hour special on how Kazoo and his invisible aliens built the pyramids?  Poor mom won’t even let me leave to get groceries.  Looks like another meal of “strange meat” sandwiches L.   I’m going crazy here!

Ok, that’s it for now, Journal.   I’ll try to write more tomorrow, although if this keeps up, my next entry may be in crayon and written on a rubber wall!
Ttyl.
Posted by Splinker at 6:29 PM