Someone else who isn't me:Interview with L. Anne Carrington! 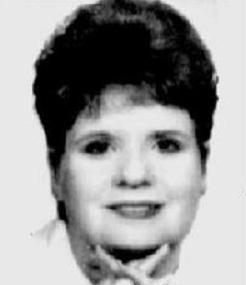 
Yes, I know I linked my own book.  But it as hard enough to start this interview with a picture of someone else who isn't me.  Rome wasn't built in a day (although I hear the low-income housing went up pretty quick).
As many of you know, it's November. Next month is the Mayan apocalypse, and the month after that, I really think my book's going to take off!  I remember when I first finished "I've Been Deader."  It was a dark, stormy night and I'd just finished doing the dishes.  The gravy boat kept shouting "NO!" but her open spout said "yesssss."

"I'm sorry gravy!  I just get
crazy sometimes. You know I love
you."

Anyway, after I hid my shame, I went to on the computer and --  Oh yeah.  That "L. Anne" person.  Okay, Ms. Carrington.  I'm sure what you have to say is sooooo important.  God forbid I try to get a word or two in edgewise on my own blog.

Let's get started then.
First off, have you read "I've Been Deader," and how much did you love it?

I read it on Authonomy way back when and fell in love with it. I think I may have featured it on my blog a long time ago. Perhaps it’s time to feature it again.

A very well thought out and informative answer.  I'm sure my readers will love you. How did you start your writing career?

I started writing as a teenager and had my first article posted in a major newspaper at 17. I kept writing throughout the remaining years of high school while also taking acting lessons. I continued writing off and on, but mostly as a hobby, until the early 2000‘s.

I got back into freelance writing full time a few years ago. One of my articles, An Overview of Causes of Hearing Loss and Deafness, was bought by Internet Broadcasting Systems, which reprinted the article on various major news and health-related web sites. 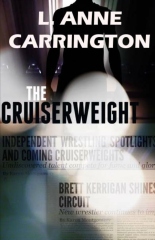 One for the money...
Tell us about a favorite character from a book.

I have quite a few:

Brett and Peter, from my first and second books in  the Curiserweight series. Here are two guys told when they started out that they were “too small" to have successful careers in wrestling. Brett went on with his best friend, Patrick, to become a record-holding tag team champion.

Peter is a former seven-time cruiserweight champion and four-time tag team champion. When both retired from active wrestling, Brett opened his own wrestling school while Peter worked as a trainer before becoming a road agent and producer. Peter eventually brought his experience to Brett’s school and trained both Autumn and Marcus. Since Peter’s second wife died four years earlier, he also had the trials and tribulations during those years of dealing with now college-age son Donovan (the main character in the upcoming Klass Act).

Brett’s wife, Karen, is also a favorite. She’s not a size 2 model type, yet won the love of a wrestling star who is 17 years her junior. She’s a Pittsburgh-based journalist working the wrestling beat in The Cruiserweight, and now an author in The Cruiserweight’s Daughter. I wanted to show readers through Karen’s character that success isn’t always measured in dress size or age.

Tell us about your current release.

The Cruiserweight’s Daughter is the second book in The Cruiserweight Series. The book focuses around Brett and Karen’s daughter Autumn, who is now in her early twenties and plans to follow her father into the wrestling ring. Aside from Brett, three men are prominent in her professional and personal lives: Peter Klass, one of her trainers and a former cruiserweight star himself, Mike Stackhouse, a fellow student who falls for Autumn, and Marcus Tucker, Brett’s personal assistant (and also one of Peter’s students) who once harbored a crush on Autumn, but is now her friend and confidant.  We are also introduced to Donovan, Peter’s son (and who eventually becomes Marcus’ best friend), and a childhood friend of Autumn’s. There’s other characters in the book who play a part in her life, but I won’t elaborate since I don’t want to give away the entire story! 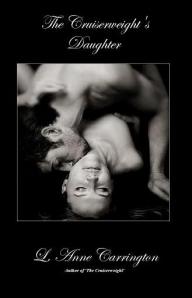 t
Two for the show...
Tell us about your next release.

Klass Act will be the third book in The Cruiserweight Series. I began writing it literally on November 1, 2012, as part of NaNoWriMo. It’s been quite easy to develop; within two weeks, I had 45 chapters totaling a little over 60,000 words written. 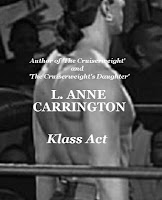 Three's gettin' ready...
Klass Act focuses on Donovan Klass, the son of Autumn’s former wrestling trainer, Peter. He is now a juvenile probation officer and father of a young daughter, Avadon. When he sees his child’s mother, Ava Hassan, become a success on the independent wrestling scene and his best friend Marcus (Brett’s personal assistant in the second book) become a cruiserweight superstar with International, the biggest stage in sports entertainment, Donovan ponders offers from both his father and Brett to take wrestling training and have his own career in the squared circle. Part of him wants to wrestle, but another part makes him wonder if he will still be a devoted father to Avadon and hang on to Lana, a ballerina who loves him.

What does your significant other think of your writing career?

He thinks it’s awesome! He’s helped edit some of my past books and is itching to read Klass Act once I’m finished writing it. As much as he wants to deny it, I honestly think wrestling is one of his guilty pleasures and he’s almost finished reading The Cruiserweight’s Daughter.
I'm sure you let him win once in a while.

Who are your books published with? 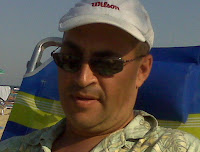 Erotica??  Did I mention that I am available for some light modeling?
Do you hear from your readers? What kinds of questions do they ask?

What groups did you hang out with in high school?

Sounds like a bunch of trouble makers to me. Other than talking about me, what do you like to do when you’re not writing? 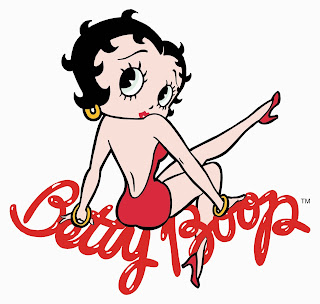 How do you react to a bad review of your book?

It is what it is. Not everyone is going to love what we write. Just chalk it up as one person’s opinion and move on. What authors should NOT do is respond to the reviewers. It’s just unprofessional conduct.

What's this "we" crap?  I asked how YOU react to a negative review. That's not something I have to worry about.

I know this is a long shot, you being a shy, withdrawn writer and all, but do you have a web site or blog?

I have a few places everyone is welcome to visit!

My Web Site: http://www.lannecarrington.com
The Book Shelf Blog: http://newandgoodreading.wordpress.com
Facebook: https://www.facebook.com/theloric2
Twitter: @lacarrington1
Amazon Author Profile (you can find all my books here): http://www.amazon.com/L.-Anne-Carrington/e/B0055STQL6
Okay.  That's it!  Thank you so much for taking the time to talk about something else other than me.  If there's anyone still lurking about and reading my interviews, take a minute and go check out the lovely L. Anne Carrington's fine works.  You won't be disappointed.  (But if you are disappointed, please feel free to express your anger by buying my books).
If you want to stop in and say hello, comment on her stuff, or just ask what the "L." stands for, feel free to leave a comment.
Okay.  That's really it!
Posted by Splinker at 11:27 AM