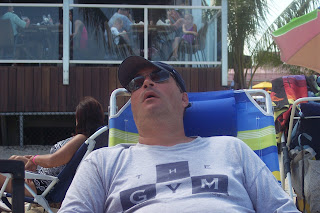 Welcome to SPLINKERNEWSMAX, the news blog that isn't afraid to say what others have said, after making sure no one got in trouble for saying it.  SplinkerNewsMax is not owned by any major media corporation, although we are willing to entertain offers.

Are you dreading the next email or Sam Addams fuelled rant by uncle Ralph?  You know he's wrong but you're just too tired to go to Google and Snopes to prove him wrong?  Well, you're in luck.  My soon-to-be released book, "144K - The first minutes of the Trump Presidency" will provide all the information you need to do absolutely nothing that will change his mind.  But you'll still have the information, and I promise it will be an easy and fun read.  So much fun, you'll be sick of it by page 50.

TRUMPCARE: THE ONE ABORTION THEY LOVE

The non-partisan Congressional Budge Office says 14,000,000 people will lose healthcare in a year, and 24,000,000 will lose it by 2026, and reduce the deficit (not the debt) by $337 billion over 10 years.  Republicans immediately attacked the CBO, and Newt Gingrich demanded that the CBO employees be forced to eat oil soaked copies of their report and set on fire.

Republican Congresspersons will soon have to decide if they want to put their name on a bill that clearly harms the voters, and one that the Senate will likely kill if it makes it that far.  You try running in 2018 as the guy who said yes to the bill that was so bad, the republican senate killed it.

Trump has already distanced himself from Trumpcare.  He keeps saying ObamaCare is a disaster and that when the Republicans do anything to it, they (not him) are going to get blamed when everything goes tits up.

At the same time, he's dropping by Kentucky to promote the plan.  But watch and listen carefully for the gaping escape exit Mr. Trump leaves open for himself.

Senator Sanders held a very interesting town hall on healthcare in West Virginia.  They voted for Trump, but the threat of repealing the ACA is beginning to terrify them.

BREITBART, BREXIT and BANNON, OH MY!

British Parliament passed law allowing the PM to start the Brexit talks, so it's happening.  Bannon celebrated by taking a double dose of Viagra and locking himself and President Trump into a small, dark secured location.

Bannon, who is on record as saying that Puppet Trump wants to deconstruct the administration, is well on his way to accomplishing that.  Back in February, for example, Trump signed an executive order directing all agencies to basically scrap every regulation they can possible find scrappable in their agencies.  Essentially, he is telling them to report on the progress of deconstructing their own administrations.  That's the EPA, The State Department, the DOJ, etc. Because no one can administer a country better than Trump.

TRUMP'S TWEETS SPEAK FOR THEMSELVES

Trump tweeted that Obama illegally wire tapped Trump. He called it McCarthyism and Watergate. March 7 Sean Spicer assured the country that the president's tweets speak for themselves.  March 13 Sean Spicer strongly disagreed with this, however, saying that wire tap was put in quotes and that there are many ways to spy on someone and that blah and blah and blah and blah and maybe no one is accusing Obama of doing something illegal.

The DOJ has been given an extension to supply any evidence of the above.  They have until Monday.

By now, it's obvious that there is no possible way to even begin to trust what comes out of the Trump or his administration.  We can't trust the administration to be truthful on things like inauguration crowds ("period"), the weather, or anything else.  The world, not just you and me, assumes the president's word is either a lie or unreliable.

THE RYAN AUDIO
Breitbart decided to post audio of Paul Ryan saying "I am not going to defend Donald Trump. Not now. Not ever." It's odd.  Not that Ryan said it.  In fact, CNN reported on it MONTHS AGO. And it's common knowledge that Bannon & Breitbart hate Paul Ryan.  What is odd, is why Breitbart decided to release the audio today. The answer, my friend, is blowing in the political wind.  The answer is in political wind.

President Bannon knows or suspects the health care plan being put forth now, is going to fail - especially if it passes.  The release of the Ryan video, was released to start the painting of a big target on Paul Ryan's craven face.  When the bill fails, everyone will have a target to shoot at.

THAT'S IT!
Nothing else happened on day 54.  So - oops.  Almost forgot.  Trump's first National Security Advisor was a registered foreign agent, met with the Russian ambassador to discuss lifting sanctions before Trump was president, and probably still has the president's ear in one hand, and Turkey's money in the other.  Also, Rex Tillerson ran away to Asia without our press corps, or a deputy, and the hearings on Russian interference with the election start this Monday.

And remember, Russia didn't go away.  It's still very much with us, as we continue to gut State Department, and wikileaks sets it's sights on hurting the CIA.  Yay.