DAY 93: Trump has still not released his tax returns.  Our president continues to be the least transparent president in modern history, while continuing to use the office of the President as a means to promote his family business.

THE VENEZUELA DIET!
It's free and you're guaranteed to lose an average of 21 lbs a year.  Plus, it's so  simple!  The entire diet requires only two steps.
1. Move to Venezuela
2. Stay there for a year.

There is no food in Venezuela.  The people there are losing an average of 21 pounds a year from starvation.  Which is odd, because the country has a lot of oil.  Like most oil in South America.  But here's the side-effects disclosure statement: Even if you're willing to go to such extreme measures to lose a few pounds, certain aspects of the diet may be extremely hard to stomach.

As we all know by now, Trump's inauguration wasn't exactly a record breaker.  Except for the coveted event "Most money raised for an inauguration event ever!"

Yesterday we learned, at least here, that $107 Million Dollars was raised to pay the six baton twirlers and Toby Keith.  The leftover money is being held by someone.  Who?  Who knows?

It's a slush fund. 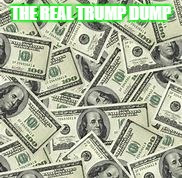 There's no one taking responsibility or saying where this money is or where it is going, other then a general statement from the White House, saying they will give it to charity at some future date.  Of course!

107 Million Dollars is twice the amount Obama raised in 2009.  $53 Million was raised for that one.  That was a record.  And the inauguration, massively larger than Trump's, actually cost that much.

Trump's inauguration could have been paid with Taco Bell coupons.

So why did they collect $107 Million and where did it go? Who knows??  Donors don't get their money back.  So what did they expect to get for their donations??  WHO KNOWS?? Anyway, there clearly didn't need even half as much to pay for the inauguration.

Which is what makes what happened in Venezuela so disturbing.  I'm going to ask everyone to weak gag reflexes to leave the room for a minute.
WAIT!  Stay!  What do I care if you throw up your lunch.  You don't live here.  Keep reading!

What was the meeting about.  Why, to discuss lifting some sanctions on Venezuela.  Those sanctions are about three years old.  They were placed on Venezuela because the government kills protesters.

The people in Venezuela are rioting for a lot of reasons, including starvation.  While they were being killed in the streets, they learned that their own state run energy company donated $500,000 to the overfunded inauguration.

$660,000 paid to the inauguration gets a businessman a sit down with the NSC, and the state run oil company of Venezuela donated $500,000 to the Trump inauguration. Why? WHO KNOWS??  Maybe Venezuela wants to help people lose even more weight.

PAY FOR PLAY.  Remember that expression.  You may have heard it a few times on the campaign trump.  Well, the National Security Council is now engaged in direct pay for play.

Now we have a known slush fund in which money was thrown at Trump in exchange for sit downs with the National Security Council.  Now, I looked up the NSC on wikipedia.  Apprarently, the NSC is not supposed to do that.  It is not the job of the NSC to sit down with foreign businessmen in exchange for large donations.
Go figure!

Now we have a real pay for play scandal.  I wonder if this will be investigated by anyone other than Rachel Maddow or the media.

BTW, wikipedia says that the NSC is supposed to make sure all foriegn intel is coordinated and presented to the White House, so that when the government decides something, and speaks out, everyone is saying the same thing, instead of speaking in tongues.  Which brings us too...

IRAN & TURKEY: SCHRODINGER'S CATS
That's right I went there.  Look it up. 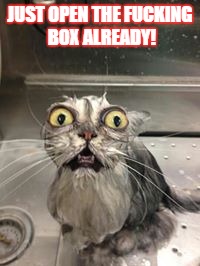 On Wednesday, Sec. of State Tillerson testified, IN WRITING, that Iran is in compliance with the nuclear agreement.  Whew.  That's a relief.  I mean, as long as Thursday doesn't come around, everything will be fine.  But Thursday has a bad habit of showing up.

On Thursday, Trump said that Iran IS NOT in compliance with the nuclear deal.

WTF, Schrodinger??  Maybe Tillerson should have donated $500,000 to the NSC to get a sit down and explain his position.

TURKEY.  Monday, the White House expresses grave concerns about the election in Turkey.  The one that gave the president authoritarian powers and was marred by suppression of the press and changes at the ballot box  on the day of election.  In other words, IT WAS RIGGED!  The same day that the White House released the statement expressing "grave concerns over the erosion of democracy."  Trump called the president to congratulate him on his great victory on the referendum.

So what's our policy? Flip a coin!  Or donate to the NSC.  Who the fuck knows?

Say what you want about Bannon's fall from grace. His goal of deconstructing the State is in full swing.  There is no one at the wheel of our foreign policy, and no one knows where the fuck the ship is heading.  (Sound familiar?).

That's it!  A lot of other stuff is happening.  A looming government shutdown (unlikely), the resurrection of TrumpCare (unlikely), Palin's racist posse trashing up the White House, S. Korea's lack of trust in Trump, Tillerson's inability to pronounce the name N. Korea's capital, Trump learning world history from China and now believing that Korea used to be part of China, and a whole bunch of WTF.

But it's all just another day in the world's newest and richest banana republic.

And remember Trump's list:
1. Do anything to distract the voters from collusion with Russia.
2. Do everything to use the office of the president to promote family business.
3. Don't bother trying to keep up with the learning curve and don't show any interest       in learning even the most basic aspects of governing.

There was a bit of very good news.  An American citizen who has been falsely held under arrest in Egypt has been released.  That's very good news. I apologize for not going into detail on the release.  I'm sure we'll all hear more as the day goes on.