DAY 94: Trump still has not released his tax returns.  Instead, he's created a slush fund from the $107,000,000 in donations to his inauguration.

HAPPY EARTH DAY!
Despite Trump's assertion that the Science March is a hoax, it really is happening.  Scientists, people who support the sciences, and people who can spell 'science,' are all turning out today to protest Trump.

Despite what the right and Brietbart would have you believe, there is scientific consensus that humans are largely responsible for Trump's skin color. 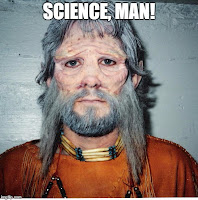 The NIH, for example is looking at a 5.8 Billion dollar cut, if Trump gets his way.  He probably won't, but he's going to walk away with something.  Those slush funds don't feed themselves.

And so, we march! Otherwise, it's "Goodbye prostate, my old friend.  Cancer's gaining ground again." 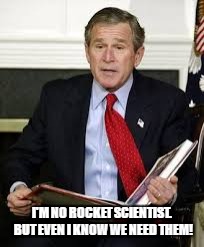 Dr. Dolittle is researching a new treatment that has the potential to end Parkinson's disease.  Yay!!!  But he needs funding from NIH grants to pay his staff, buy beakers, and rent space.  Uh-Oh!  Turns out, to cure stuff like Parkinson's and cancer, you need more than just an imaginary doctor and some beakers.  You need gooey, science stuff used to run tests.  That gooey stuff can cost around $500 a milliliter.  That's less than the single crocodile tear Trump almost shed for little brown children.
Scientists aren't big on protests, so this is a little unusual.  Of course, hiring people to dismantle the EPA is a little unusual as well.  Blaming Climate Change as a Chinese hoax is a little weird as well.  (So far, China has raped us on trade, perpetuated a global warming hoax, manipulated currency and not manipulated currency, and taught Trump everything he knows about Korea, including the alternative fact that it was once part of China).  So, who knows?  Maybe science marches are the new normal.

The main march is happening in D.C.  But there are 500 other marches happening, so drive carefully.  Especially you tree hugging Prius drivers.  Those death machines are as silent as ninjas!

The EPA, the NIH and the Dept. of Agriculture are all facing steep cuts in an administration that literally does not believe in science. Now, while science doesn't care what you believe, it does care what you do with it's money. And it's not just all the scientists that are around today.  It's all those people in progress who might be thinking of becoming scientists.  I mean, if there's no money for research, then there's not going to be people willing to invest their lives in research.

Are we going to invest in guns or butter?

One of Trump's many "Day One" promises, was to tear up the Paris Climate Accord.  But, as many scientists would never say,  "Thank God for small miracles."  It turns out that Trump is beginning to understand the importance of complying with global agreements.  So far, NAFTA, the Paris Accord, the Iran Deal, and Melania's prenup are all intact.

Now, this doesn't mean that Trump is suffering from a bout of sanity, or even knows what he's doing.  After all, we had Tillerson confirm, in writing, that Iran was in compliance with the terms of the agreement.  But that was all the back in Tuesday.  By Wednesday, we had Trump saying that Iran WAS NOT in compliance with the agreement. So what does Trump really thing of our global commitments? Until Dr. Borenstein decides to treat the syphilis that runs rampant through our president's veiny... veins, your guess is as good as mine.

The White House was supposed to have a meeting on Climate Change last Tuesday.  It was postponed due to inclement weather. I'm not making that up!  Okay, I'm making it up.  About the weather, not the postponed meeting. The Paris accord allows the one hundred twenty something countries to set their own goals to reduce carbon dioxide. A couple of large energy countries, and at least one creepily close daughter, actually support the agreement.  That may explain Trump's indecision.  If you happen to be someone who voted for Trump, don't worry. He isn't giving you a second thought.