Welcome to SPLINKERNEWSMAX! The faux news agency that isn't afraid to speak the truth, after making sure no one else has got in trouble for speaking it. SplinkerNewsMax is not owned by any major media corporation, although we are willing to entertain offers. DAY 112: Trump has still not released his tax returns.  Someone needs to tell the president that expenses related to the dismantling of democracy are not tax deductible.


THE DOMINOS
Let's take a trip down memory lane, and see if we can come to grips with the unprecedented attack on the investigative arm of the DOJ.  When Uncle Ralph starts pointing out Clinton's firing of Director Sessions, just remember that Sessions was fired for being a crook (Not the current crooked sessions that is running the DOJ, another crooked Sessions).  That is not the case here. Here, we have a president actively trying to cover up any investigation into the Russian attack on the 2016 election.

Okay, now get out your calendars. 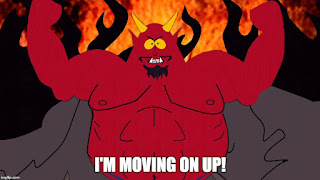 January 24, 2017: Michael Flynn is questioned by the FBI, most likely about his connection with Russia and other foreign governments.  On that same day, Trump ups the crazy ante by telling Congress that he lost the popular vote because 3-5 million immigrants illegally voted in the election.
CONTEXT: Trump strongly believes that millions of illegal immigrants engaged in massive voter fraud and strongly denies that Russia even tried to influence the election in his favor.

January 26, 2017:  Sally Yates, the Acting Attorney General, GOES TO THE WHITE HOUSE and let's them know that there are serious national security concerns about Flynn, the national security adviser.  The first clear cut, urgent warning, that Trump had that Flynn was compromised and subject to blackmail, came before Trump had finished his first week as president, or even played his first round of presidential golf.

Also, Trump had signed another useless executive order to start building his wall.  But there's no mention in it about who will pay for it. He then signs his first Muslim Ban order.  The order is poorly drafted and seems to apply to green card holders and Cat Stevens. There is massive protests throughout the country.  Greenpeace hands a banner, and the Climate March is set for April 29. 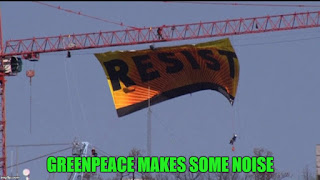 January 30, 2017.  Trump fires Sally Yates after she says the Muslim Ban is improper and that the DOJ can't defend it.

February 13, 2017:  Flynn resigns.  No wait, he's fired.  Why?  We don't really know. Saying because he lied to Pence doesn't hold water, as we now know Pence knew about Flynn's actions from Day One, and Pence was the head of Trump's transition team.

March 20, 2017:  Comey confirms the FBI is investigating Trump campaign ties to Russia in possible collusion in trying to influence the election.  That is a major, major, bombshell.  While we were all screaming at Hillary for keeping her emails in the wrong place, the FBI was apparently investigating Trump campaign collusion with Russia to help them win the election.

6:35 a.m.: James Clapper and others stated that there is no evidence Potus colluded with Russia. This story is FAKE NEWS and everyone knows it!

6:49 a.m. The Democrats made up and pushed the Russian story as an excuse for running a terrible campaign. Big advantage in Electoral College & lost!

7:02 a.m.: The real story that Congress, the FBI and all others should be looking into is the leaking of Classified information. Must find leaker now!

There were other tweets, including one accusing the Clinton campaign of having ties with Russia.  But you get the idea.

March 28:  Sally Yates is scheduled to testify.  Nunes cancels it as the first step in his career suicide, assisted in large part by the Trump administration.  Nunes never explains why he cancelled the hearing.  What he did do was run to the white house, get information from one of Flynn's people, and then ran back to the white house and pretended it was explosive information.  Then he recused himself from the investigation, because he is himself being investigated by the House Ethics Committee.

March 29? 30?:  The House Oversight Committee, let by Utah Rep. Chaffetz announces they are looking into Flynn's payments from foreign sources.   That's how we learned, very unexpectedly, that Flynn not only failed to disclose payments from Russia, but that the he had been told in writing he had to do that.

The White House refuses to give any documents about Flynn the the House Oversight Committee. Democrats tell Chaffetz he should subpoena the documents.
So Chaffetz quits.  He announces he is done with Congress and won't run again.  Then he runs away to his doctor to fix a bad foot.

Then Yates testifies that she met with the WH twice and one phone call about Flynn.  She also says that not only did he lie about what he said, there is something about Flynn's underlying conflict, that Flynn lied about, was also "problematic."  We don't know what that is, because it's classified.  We do know that Spicer saying Yates gave them a "heads up" is a massive understatement.

Clapper, the former Director of National Intelligence, testified that when he said he had seen no evidence of collusion, he meant that he had not even known about the FBI ongoing investigation into collusion when he made that statement.  In other words, if there was collusion, I wouldn't have seen it.  That statement sucks for the whitehouse, because their main talking point has been "Even Clapper says there is no there there."  But Clapper did not say that.  Sorry White House.

Clapper also confirmed that in 2016, our allies gave us information regarding contacts between the Trump campaign and Russia, but that the specifics are quite sensitive.

Clapper, questioned by Lindsey Graham about whether Trump business interest in Russia gave him concern, said he can't comment because that impacts an investigation.

The NEXT DAY, the Senate Intelligence Committee announced they have requested from the financial crimes unit of the Treasury Dept. for information they may have about Donald Trump.  Those are the guys, btw, who investigate money laundering.

Now, SplinkerNewsMax actually has a source.  I mean a real source, sort of.  I can't vouch for it.  And it's not really a source, in that no respectable news outlet would say anything about it without verifying.  But no one ever called us respectable. But a friend told me that a retired FBI agent told him (see what I mean), to watch for questions on Trump business dealing with Russian companies, and money laundering. This investigation, let's call it No. 6, might be the dark horse that wins the race.  We'll see.

Comey was supposed to testify today.  He isn't.  He's fired.
But not just fired.  Fired, in part, by Jeff Sessions.  Jeff Sessions, Attorney General and part time cosplay elf, had previously recused himself from any matter relating in any way to campaigns for president of the United States.

COMEY WAS FIRED FOR HOW HE HANDLED INVESTIGATIONS RELATING TO THE CLINTON CAMPAIGN.  THAT IS SOMETHING SESSIONS IS RECUSED FROM.  Yes, the reason is clearly a lie.  A big, fat, Trump lie that you would have to be KellyAnn Conway to believe.  But it is the reason.  And Sessions is not permitted to be involved in anything relating to either campaign.

And that's how Comey got fired, democracy called in sick, and we got stuck with a banana republic.