DAY 119: I mean, why bother? Seriously, what is there to blog about?

Welcome to SPLINKERNEWSMAX! The faux news agency that isn't afraid to speak the truth, after making sure no one else gets in trouble for speaking it. SplinkerNewsMax is not owned by any major media corporation, although we are willing to entertain offers.
DAY 118!: Trump still has not released his tax returns. He continues to burn the country to the ground in a desperate attempt to preserve his ego and a much more successful attempt to amass wealth by exploiting public office.

In case you are one of those people who insist on sleeping at night, you may have missed a few things:

WHILE YOU WERE SLEEPING 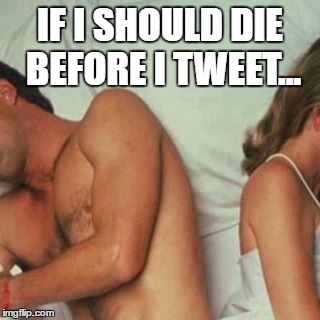 Trump's transition team knew Flynn was under federal investigation for his actions as an unregistered agent on behalf of Turkey, weeks before Trump took office.  Trump made him National Security adviser anyway.  This explains why Trump didn't care what Sally Yates had to say, as they already knew it.  They just didn't care.

And don't forget about this guy:
Yeah.  The guy who is already (this is true) building up his war chest to run for president.  I guess he thinks there may be an opening for a Republican candidate in 2020.

SplinkerNewsMax understands that, no matter what Pence did, there's no way he is going to be impeached.  The government is unstable enough, without impeaching both the president and vice president.  It is already unlikely enough that Trump will be impeached (he probably will resign, especially if Steve Bannon hides his golf clubs).

So that's all you missed if you slept last night.  Oh yeah, except for the bit where the WaPo   reported it had a recording of House Majority Leader Kevin McCarthy accusing President Trump of being paid by Putin back in 2016.  Republicans denied he ever said it.  Then reporters told them they had the tape.  Then they said, "Oh, THAT House Majority Leader.  We thought you meant someone else."  Then they said he was only joking.

Then Paul Ryan on tape, told them not to leak any of this and that there were one big family, and families don't leak.

You know what isn't on that tape?  Anyone disagreeing with McCarthy.

So, that's all you missed if you slept.

Except, that there are reports now that the Trump campaign and transition team had a lot more contacts with the Russians than they previously disclosed.  Just 18 or 20 though.

That is not unusual.  I mean, why not have dozens of contacts with Russia while 17 intelligence agencies are saying they interfered with the election.  If you let something like that bother you, next thing you know, you're refusing to let them into the oval office or give them top secret information. And then what?  Putin has nothing to smile about, and you have a frustrated comic running around killing journalists instead.  Trump is a hero!

Trump is straight out of the book of Esther.  The man is willing to prostitute himself to keep Putin from harming his people.  He put on his best makeup and prostituted himself to appease a murderous king, in order to save his own people.

So to recap:
Trump hired Flynn knowing Flynn was under investigation.

The Trump team had numerous, previously undisclosed, contacts with Russia.

Pence is already measuring the drapes in the oval office.

Trump told Coast Guard graduates, who will be putting their lives on the line for this country, that no one has been treated more unfairly than him.

Trump tweeted that his is subject to the biggest witch hunt in history, and that the rest of the world spells "councel" wrong.

That's it!
Oh, yeah, sexual predator and evil genius who spent his lifetime fostering an atmosphere that made millions think voting for a reality TV star for president was a smart idea, died at age 77.  Mr. Ailes leaves behind a wife, dozens of  fondled women, and a broken country.

That's really it!!
Except for the bit about Turkey bodyguards violently attacking peaceful demonstrators.  Nothing new there, other than the fact that it happened to U.S. citizens, on U.S. soil, on camera.  But don't worry.  Those men already flew out of Andrews Air Force base and are safe back in Turkey.  Whew.

FUN FACT:  Turkey kills and jails more journalists than any other country, except Mexico!  Want to see gruesome footage of the demonstration?  CLICK HERE!*

*Link may lead to author webpage and is intended for financial purposes only.  SplinkerNewsMax is not responsible for the content, price or quality of the author's work.  Or maybe we are.  Neither SplinkerNewsMax, it's officers or agents have consulted with an attorney in the creation of this disclaimer. SplinkerNewsMax's owner has dated attorneys, however, and generally been quite satisfied with the results.

results will vary from attorney to attorney.